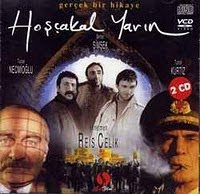 In this political drama from Turkey (which was based on an actual incident), Deniz Gezmis is a political activist who, as a member of a radical group, helps kidnap four American soldiers, releasing them soon afterward. A few hours later, Gezmis and two of his compatriots are arrested, and they stand trial for their actions. While the symbolic kidnapping makes them heroes in the eyes of many, they must pay the ultimate price for their idealistic gesture: Gezmis and the two other students are sentenced to death and soon executed.